If you have successfully installed State of Decay 2 onto your XBox one but you’re having problems with the game freezing or crashing on you. We can help you. We’ve created this guide which may help troubleshoot any issues you may have and fix them.

XBox One State of Decay 2 Crashing and Freezing Fix Guide

At Chaos Hour we’ve taken the time to create this Fix Guide for any Crashes or Screen locks that you may encounter with State of Decay 2 on XBox One. We’ve created this guide by our experience within the Industry.

Before you begin please understand this guide has been sculpted by our experience with other games on the XBox One Platform and may not relate to State of Decay 2. However most common issues on consoles can be fixed in similar ways.

If the answer your looking for isn’t here then be sure to reach out to Microsoft Support.

To begin with – Although it maybe easy to blame State of Decay 2. The Crashing and Freezing fault maybe with your XBox One, One X, or One S.

Something else which needs to be mentioned is. For the longest of time Gaming consoles have crashed or frozen for their users.

It’s incredibly frustrating we know. These things simply happen and a simple reset or reboot may fix your issue.

Despite this if you feel that your Console is crashing more often due to State of Decay 2. Below we have listed some easy fixes to your problem to try before reaching out.

State of Decay 2 is crashing and freezing – explained.

So you’ve been playing State of Decay 2 and while you’re trying to sink your teeth into the content. Or Progress through the game begins to seize up, run slow and then freeze on you. This is usually followed by a black screen.

State of Decay 2 Freeze On XBox One:

A freeze or hang up is typically while you’re playing through the game. On certain busy environments or during loading screens the game will hang up. Sometimes Audio can still be heard running.

Sometimes a Freeze can fix it self by simply un-freezing over time if left alone.

State of Decay 2 Crash On XBox One:

A Crash normally happens when after your game has frozen your console willl straight up rage quit and turn off or attempt to reset. During this period it is common for XBox one to show a variety of graphical glitches and bugs.

More often than not a simple a re-boot or restart on your XBox one is necessary to fix the issue.

Both of the above are common faults and may not suggest any serious hardware issue but if State of Decay 2 is crashing or freezing on you constantly like this then simply try the fixes below.

1: Downloading the Latest XBox One Console Update Fix For State of Decay 2

There are a few things that you can check to ensure that your XBox One is up to speed in order to play State of Decay 2. Firstly is your console running the latest Console Software Update? Here’s how to check :

Ensure that you’re XBox one is connected to the internet or a nearby strong Wi-Fi source then download the latest Console firmware. Sometimes games can be released and present issues or anomalies when running older system versions so it’s important you get the latest. 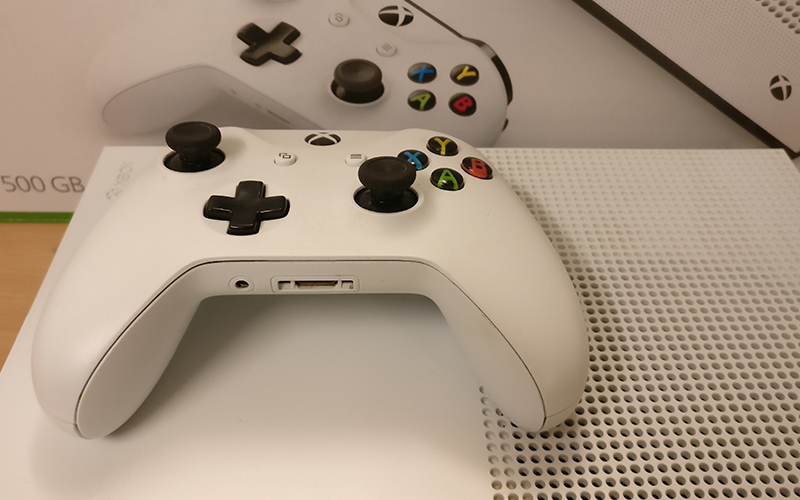 If for any reason your XBox one fails to update while downloading it maybe possible that either your having issues with your internet connection.

Or Possibly Microsoft servers are having problems on their end. We advise you to wait and if you find no resolution to this issue then reach out to Microsoft Support.

Is State of Decay 2 running the latest update?

It is not uncommon for some games to be released with some Game Breaking bugs which may cause your freezing issue.

One way to eliminate this issue if its a software problem is to ensure that you have downloaded the Latest State of Decay 2 update.

In order to do this boot up State of Decay 2 while being connected to the internet. You will be prompted to download the latest updates.

If you’re still having problems with State of Decay 2 crashing even with the latest update then it may indicate a Corrupt Update file or a Software install. So we recommend the next step is to start from scratch.

Un-Installing software from your XBox one is surprisingly easy and should not be a concern for most experienced gamers.

However if you’re unsure on how to clear your hard drive of any State of Decay 2 files then simply check :

Select the State of Decay 2 file and choose to un-install.

Guide : Factory Reset your XBox One

Be warned though this will remove mostly all game files, data files, user settings, file saves and more. However it may be necessary to resolve your crashing issue.

“My State of Decay 2 is still Crashing and Freezing”

After a Fresh install of State of Decay 2 and your still encountering the problem then more than likely this will be a Hardware fault with either the Game disk or your XBox One itself. Here’s some key things to look out for.

Important to know if you have digitally downloaded or pre-loaded State of Decay 2 then skip this fix as you will not found a solution to your problem here. 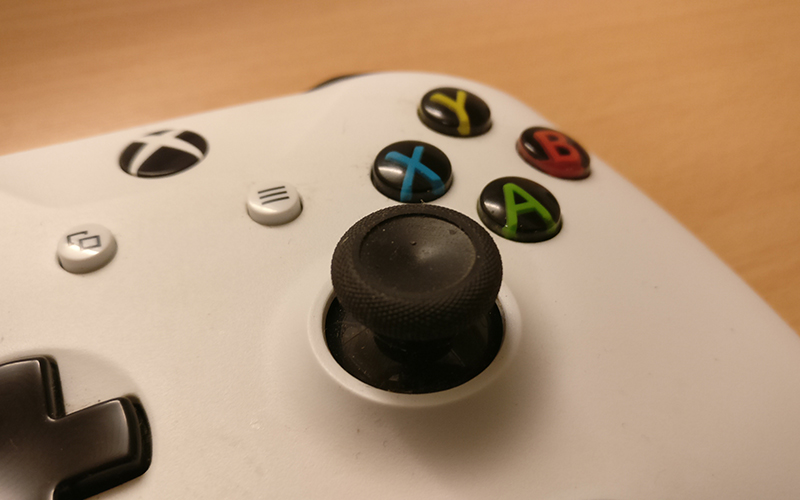 Okay so there are a few warning signs that you should look out for on your State of Decay 2 disk. XBox One Disks are covered in a scratch resistant layer which makes them pretty formidable at holding their own under daily wear and tear.

However if you push your finger lightly against the reflective side of the disc and you feel any dents, cuts, or cracks then it may be possible your State of Decay 2 disk is faulty.

GUIDE : Check out our complete guide on how to fix un-readable discs and laser burns.

Other Types of State of Decay 2 Disk Issues

If any Dents, Cracks, Cuts or significant scratches exist on your State of Decay 2 disk and you believe you have not caused it.

Guide : How to Clean and Fix Scratches on State of Decay 2

If your Disk has suffered any kind of Disk Rot then its unlikely that you will be able to fix it and should seek a replacement or refund for State of Decay 2.

How To Repair and Fix State of Decay 2 Damaged Disk

Luckily enough if your State of Decay 2 Disk is covered in scratches. Most retailers and some online services offer a disk repair service which is tried, tested and in most scenarios beneficial.

We were sceptical at first. However having various disks which did not work cleaned we can honestly vouch for the service so be sure to try that.

If your State of Decay 2 Disk has any evidence of cuts, dents or cracks then there is simply no point sending it for a repair as it’s unlikely anyone will be able to correct that issue.

3: XBox One overheating Causing State of Decay 2 to Freeze and Crash.

Often overlooked but a console running hot may cause your games to freeze or crash on you.

You see the reason why this happens is due to the nature of the hardware within the XBox one. While you’re playing State of Decay 2 and your XBox one is running hot.

Guide : Give your XBox One a Complete Clean to Fix State of Decay 2

Hotter than benchmarked temperatures it can cause for the hardware to give you various errors. Such as : Frame drops, stuttering, loud fan noises, crashing and freezing.

Without proper care this may result in your console becoming damaged or unusable in the future so it’s important to take action. It’s also important to note that if the console is damaged due to poor cleaning. This will void your warranty! 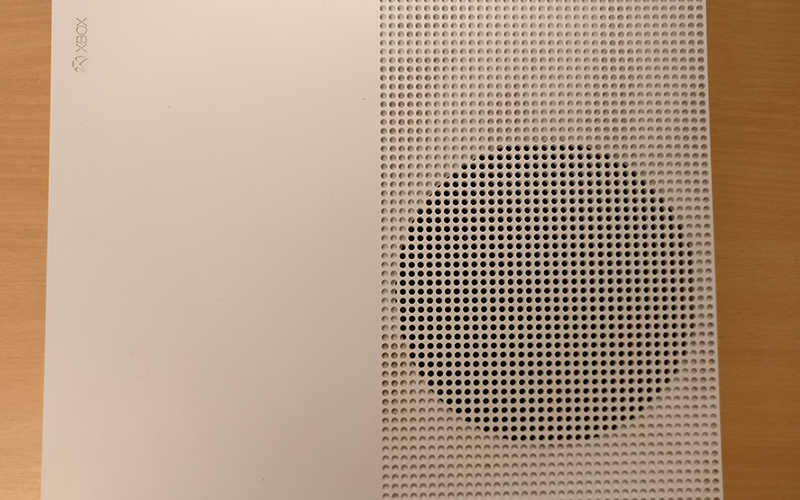 XBOX ONE Over Heating Fix Guide

Is this a common issue? Not so much and it’s really down to the user.

Your console will have various grill intakes, and fans throughout the system. Depending on the version of the XBox One you have.

The later consoles are a lot more adequate at dealing with lengthy gaming sessions. However  if you notice that your ventilation holes and grills are compact with dust or other debris then it may not be allowing warm air to escape.

If you believe that State of Decay 2 maybe freezing on you or ultimately crashing due to your console overheating. Then we’ve created a robust cleaning guide on what you need and what steps you can take.

To giving your XBox One a complete deep clean to fix the problem and ensure you avoid this issue in the future.

4: State of Decay 2 Game Save Corrupt and Freezing

There maybe times when your game will lock up or completely stop at the same point within the game. This will indicate that your State of Decay 2 save is corrupt or damaged.

Guide : How To Recover and Protect your State of Decay 2 Save Data

Sadly more often than not if you’re save file is corrupt there’s no real way to repair the issue unless attempting various third party software. Although we suggest against this software. 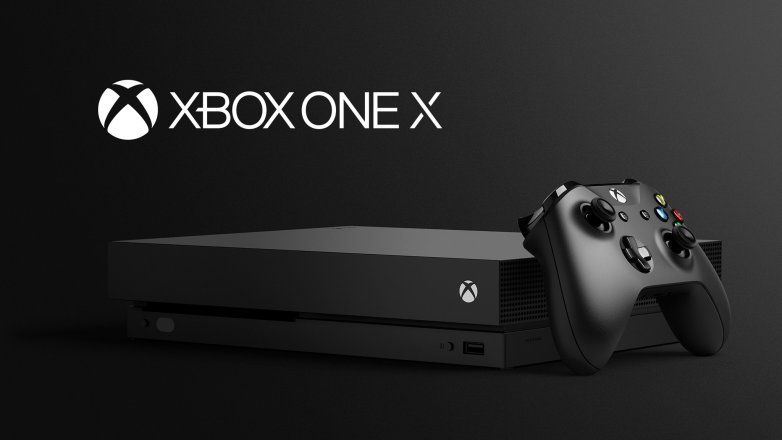 5: Faulty XBox One Causing State of Decay 2 Crashing and Freezing?

If you have tried all of the above issues and you can confirm that it is not an update issue. Also an install error and you’ve tried re-installing the game.

Finally checking your console for any outside elements which may be effecting it then it’s sad to say.  But it’s likely your console is faulty and causing State of Decay 2 to crash on you.

However the good news is the Microsoft support team are incredibly good at offering excellent customer service.

So by all means reach out to Microsoft Support for your next step.

Maybe they can benchmark your console and find the issue or simply source you a repair or replacement. If you’re still covered under your retail warranty then you simply can return to the place of purchase and source a replacement!

Conclusion and user submitted Fixes for State of Decay 2

Remember this guide is simply just a troubleshooting guide which covers most common faults or issues that you may get with your XBox One and State of Decay 2.

Hopefully you wont endure any of these faults with your brand new game but if you have used this article and found no resolution to your fault.

We highly encourage you to reach out to Microsoft Support and talk about the specific fault your having with State of Decay 2.