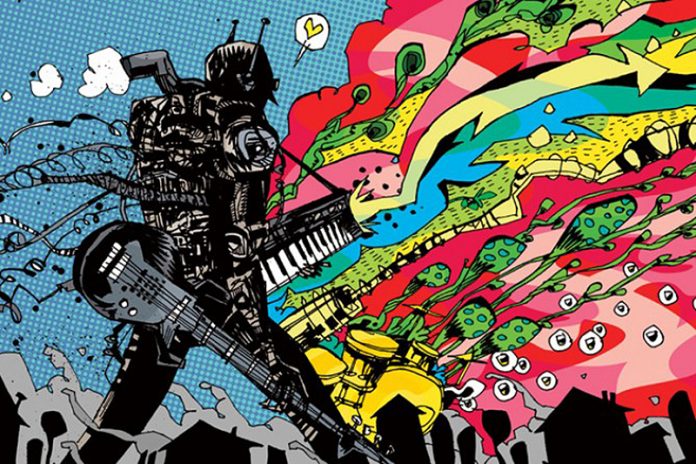 Today we’re checking out crazy, riff burning, emotional tearing and super talented Geek-Rock band ‘Kirby Krackle’. Kirby Krackle are based in Seattle and has been a work in progress for the last 7 years and possibly more. That hard work has certainly payed off because now Kirby Krackle is an international touring rock-band whos main focus is anything geek or nerd related. Featuring the song writer Kyle Stevens whom is also running a patreon currently in which you can gain 2 Exclusive songs for simply signing up $2.

Kirby Krackle has managed to create a following across several social media websites such as Youtube, Facebook, Twitter and more which has allowed them to spread their influence world wide. They do a variety of rock shows as well as comic convention shows. They can usually be found in the after party for most shows. If you’re un-aware of them then you’re in for a treat because they have an epic discography for past titles in which you can listen to and below I will list my favourite albums for you to enjoy!

“KK has released six independently released albums in as many years (Kirby Krackle 2009 – E For Everyone 2010 – Super Powered Love 2011 – Live In Seattle 2012 – Sounds Like You 2013 – MUTATE, BABY! 2015) and a multitude of singles while the band additionally continues to create musical content for industry giants such as Mondo, Cards Against Humanity, and Disney / Marvel including a yet-to-be announced project in partnership with Marvel Animation to be announced in 2016.” – Kirby Krackle