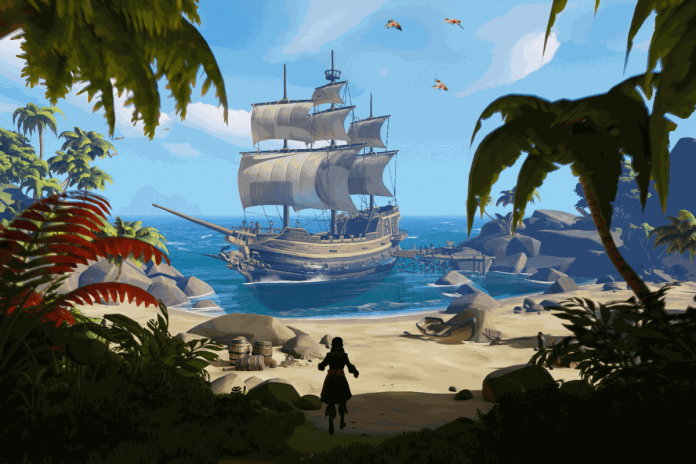 This news comes as a various low or average review scores have hit Sea of Thieves. One of the latest being GameSpot.com

“Sea of Thieves conveys nature’s beauty and wrath with aplomb, and sailing across the open ocean in a creaky vessel can make you fall in love with its impressive presentation. This romantic connection can be felt most when sailing alone, but Sea of Thieves is primarily designed to be played with a trusty crew. Doing so allows you to revel in buffoonery and appreciate the value of teamwork, delivering an entirely different perspective on what it means to be a pirate.

These awesome moments make the initial hours of the game feel like you’re embarking on a special journey, but this love affair is quickly tested both by the game itself and other players, some of whom on PC are already employing hacks to put your interactions on uneven footing. Sea of Thieves is just that: a game that belongs to conniving robbers, who see fit to disrupt well-meaning players despite gaining no prize other than gold for purchasing cosmetic items. This is to be expected to a degree, and I’d be lying if I said there weren’t moments when I screwed over someone else for the sheer delight of asserting power and punishing another player’s naivety.

There may come a time when Sea of Thieves is able to entice me back, and I imagine that will be with a mix of new mission types and hopefully the promise of rewards that allow for new types of interactions, if not improve my character’s capabilities. For now, it’s a somewhat hollow game that can be fun for a handful of hours when played with friends, and something worth trying out if you happen to be an Xbox Game Pass subscriber. Even though it’s hard to wholeheartedly recommend, I like enough of what I see to hold out hope that things will eventually improve as the game continues to be patched and updated with new content.” – GameSpot