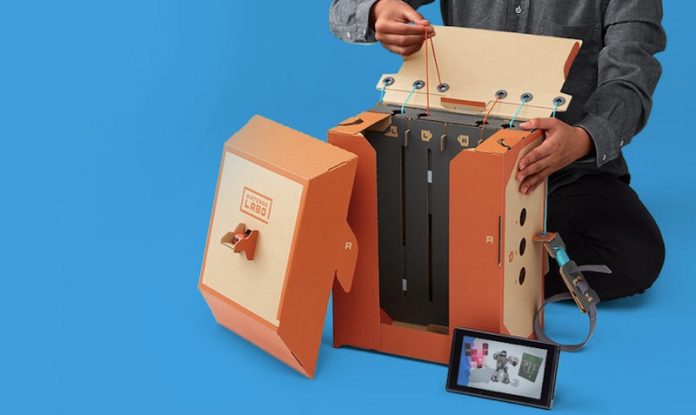 This is a whole new level of awesome from the Nintendo Team. Not only is the key material cardboard but this will just encourage gamers and youngsters around the world to get engaged creatively. Thumbs up from us!

“Nintendo announced the release of a new kind of gaming experience for the Switch, which involves turning cardboard into interactive toys, “to inspire creative minds and playful hearts alike.”

Nintendo Labo focuses on DIY, with each kit turning the Switch into a new interactive creation (called Toy-Con): robot, piano, fishing rod, motorcycle and much more, with a mini game linked to each one of these creations, making use of the console and the Joy-Con controllers and encouraging kids to build and “invent new ways to play.”

The first Nintendo Labo kits will launch on April 27th. The Variety Kit will include the following Toy-Con: 2 RC cars, fishing rod, house, motorbike, piano and robot, and will set consumers back $69.99 (the UK price has yet to be confirmed). Meanwhile, the Robot Kit will allow players to build a cool robot suit and control a robot on-screen by moving in real life. It will cost $79.99.”