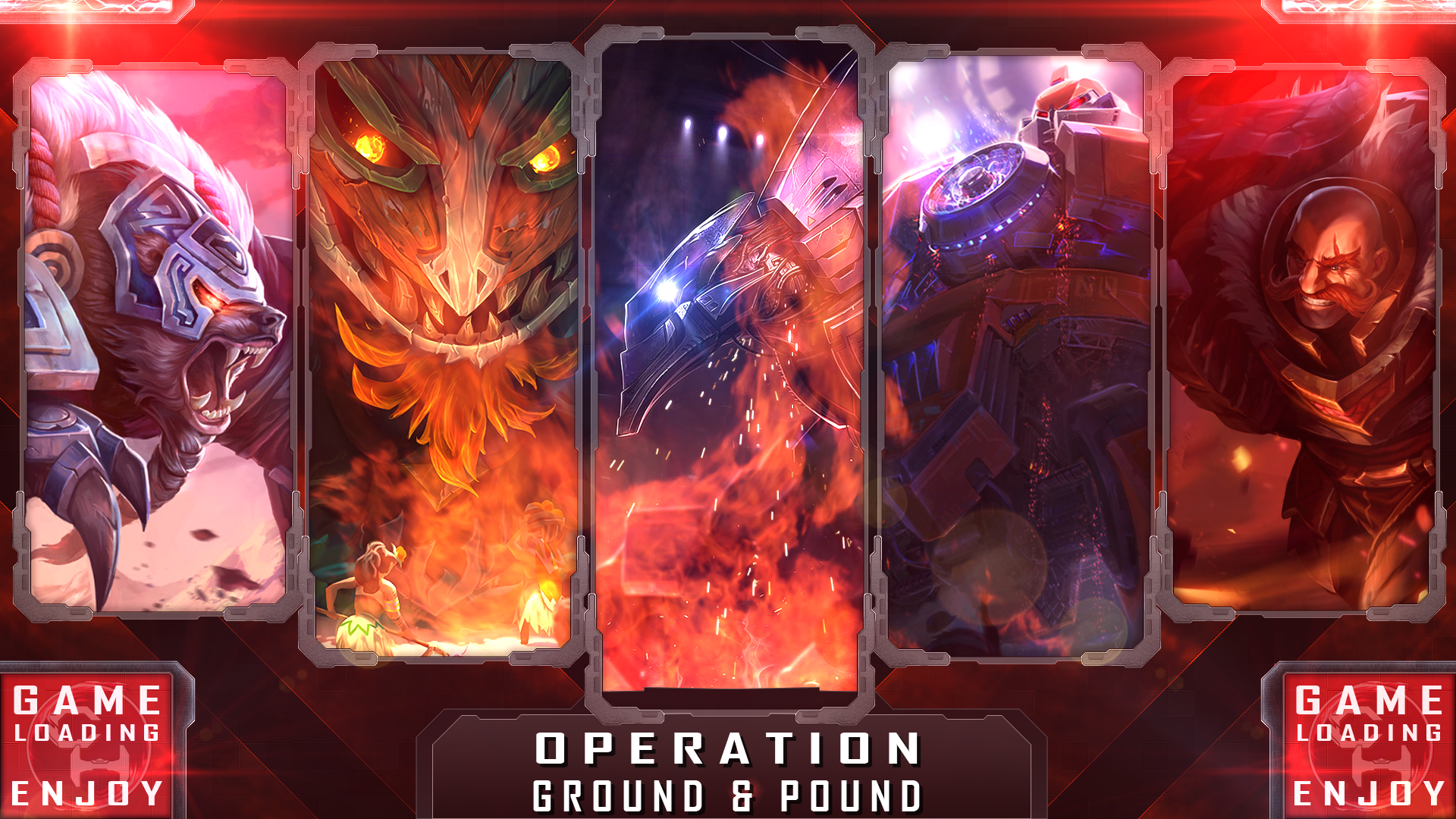 At ChaosHour we host a wealth of different and various Custom Games & Competitions live on our Stream every evening at 7:00GMT. We want to welcome you to the first of many. Operation Ground & Pound.

This Game type is played within League of Legends and is accessible by everyone either playing or watching. There are two different criteria for the giveaways which we will cover shortly.

We like to have fun… Real fun and what’s more fun than storming 5 hyper energized tanks through the jungles of Summoners Rift on league of Legends. This game will not only include the streamer which is currently live but will also allow for 4 other players to join in.

The list of playable characters can be found below.

Okay here’s the juicy part. There are two different ways to win:

Load up your League Client – add the current streamer on EUW and send for a join request. You will then be placed in the lobby with the streamer to play Operation Ground & Pound. If you continue on to win the game then you and your fellow team-mates will all win the competition leading to prizes such as Loyalty Points / Mystery Skins / RP and much more.

Game Full or not interested in playing then fear not as we also have a way for viewers to win!

Sit back – Relax and enjoy the carnage as your superhero team engage in battle on the rift. During the Loading of the game a keyword will be selected and then during or at the end of the game the winner will be announced. Remember though to win the giveaway you need to be following the channel and the extension that we use will only choose an active viewer/chatter during the stream.