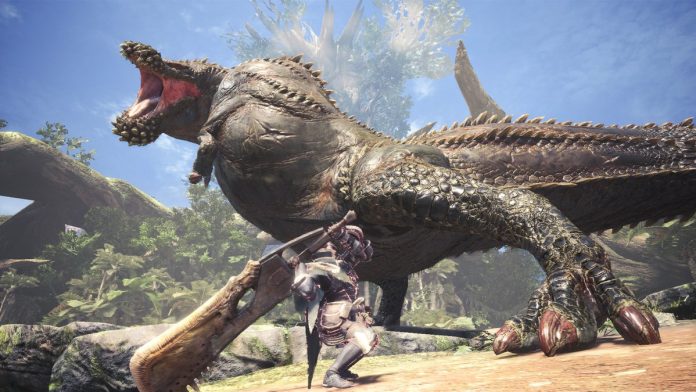 Monster Hunter World continues to impress with a brand new update featuring lots of new gear, new monsters and balance updates. It’s the first of many free DLC updates which Capcom have promised.

“Like its predecessors, Monster Hunter World is all about the gear. It’s a game where you’ll fight the same enemies over and over in order to collect parts, all in the name of acquiring the exact set of items you want. Introducing a new monster to the mix–as the latest Monster World Update does with Deviljho–brings some variety to the hunt, as you’ve got an enemy with different behaviors, attacks, and weaknesses to contend with. But, just as importantly, it also means there’s new gear to get your hands on.

There’s a new weapon for each weapon type, so you’ll have something to strive for regardless of what you wield.

Additionally, there are two new High Rank Deviljho armor sets to get your hands on. The Alpha version will provide you with the following skills:

The Beta set offers fewer skills; the key difference between the two is that Beta provides more flexibility with the decorations you can equip. Here’s what beta offers:

You can check out images of all the weapons and male armor above; we’re working on acquiring the female armor and will update once we’ve gotten it. You’ll need to be prepared to take on Deviljho, who’s among the tougher enemies to face in Monster Hunter World. The monster is now available on both PS4 and Xbox One alongside a suite of weapon balance changes, adjustments to address online griefing while carving, and more. There will be more armor to hunt down in the near future, as crossover Mega Man and Devil May Cry sets are on the way, among others”. – GameSpot