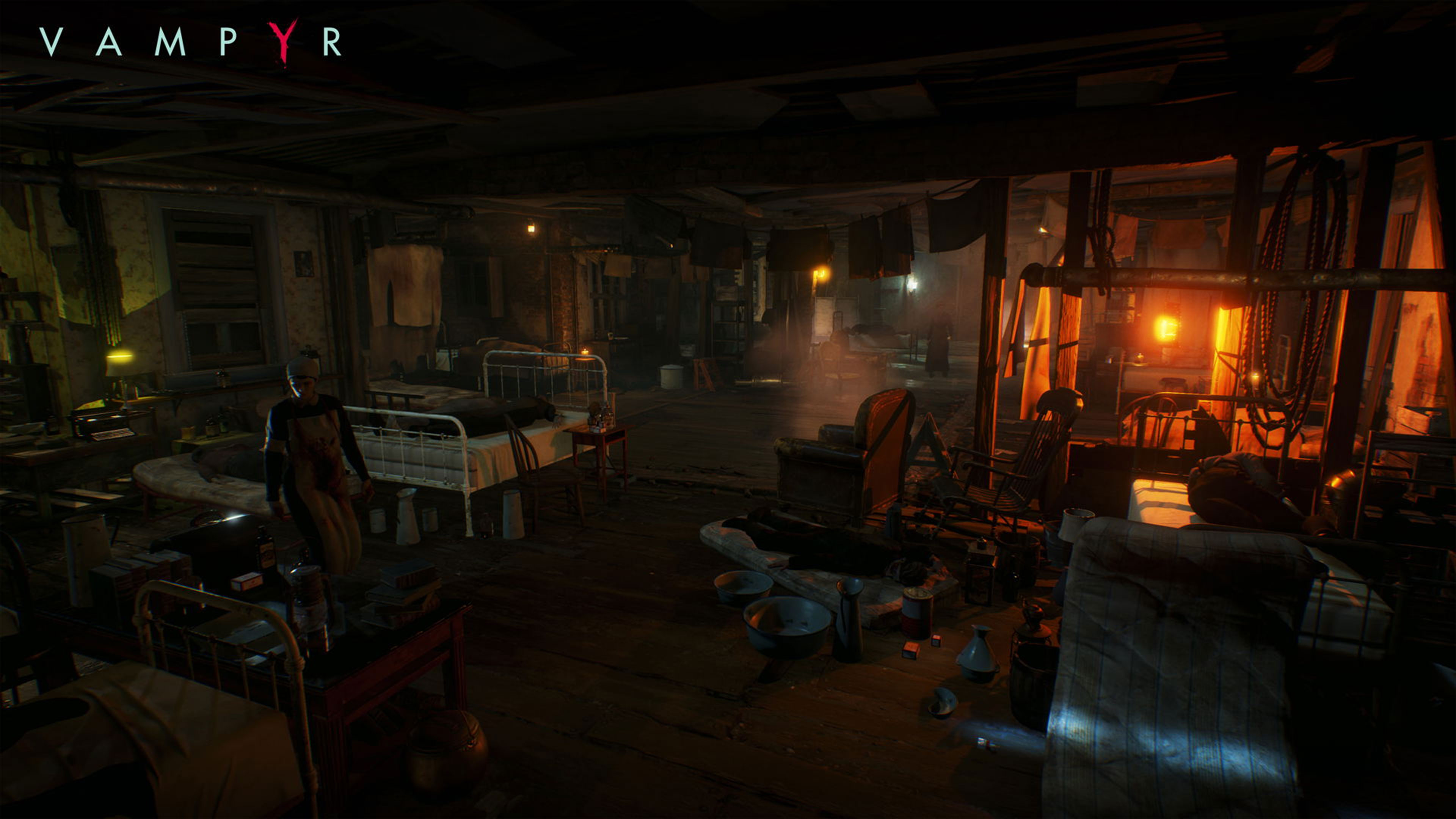 Vampyr is looking to be one hell of a ride. Featuring a Unique Art style, incredible story telling a dark environment and much more mystery. Developed by the guys over at Dontnod Entertainment we bring you all the latest Vampyr Release Date News, Trailers, Game play and More.

Dontnod Entertainment are taking the helm on the, design, creation and release of Vampyr. Overtime they will be releasing more and more information regarding the current status of Vampyr.

You can reach out to Dontnod Entertainment with the above support form. Alternatively you can always follow them on their available social hubs to get the latest regarding Vampyr.

DontNod Entertainment have revealed a in-depth and spectacular developer series covering their work on Vampyr over the past year.

The video drives you into the hell which is Vampyr. What monsters and creatures that you will be dealing with. The moral choices that will present you within the game and the future of the series.

Vampyr is set within England so be sure to lookout for any landmarks within the game.

DontNod Entertainment are pulling out all the stops on delivering a highly cinematic and enchanting experience with Vampyr. The story telling within this game will be like no other.

Vampyr looks to be set in the industrial age following the lead protagonist dealing with life as a Vampire. They have released a Launch Trailer to celebrate the near release of Vampyr. Be sure to check it out below.

It’s unclear how much of the launch trailer is gameplay footage however we’re blown away by the use of a strong soundtrack, mystery and gorgeous visuals.

We’re excited for the release of Vampyr! Are you?

We will be updating this article overtime with any changes, rumours or alterations to Vampyr’s release date. If Dontnod Entertainment has any news regarding any delays or push backs then we will also be covering that to ensure you’re not disappointed.

Currently Vampyr is scheduled to be released on June, 5th 2018. 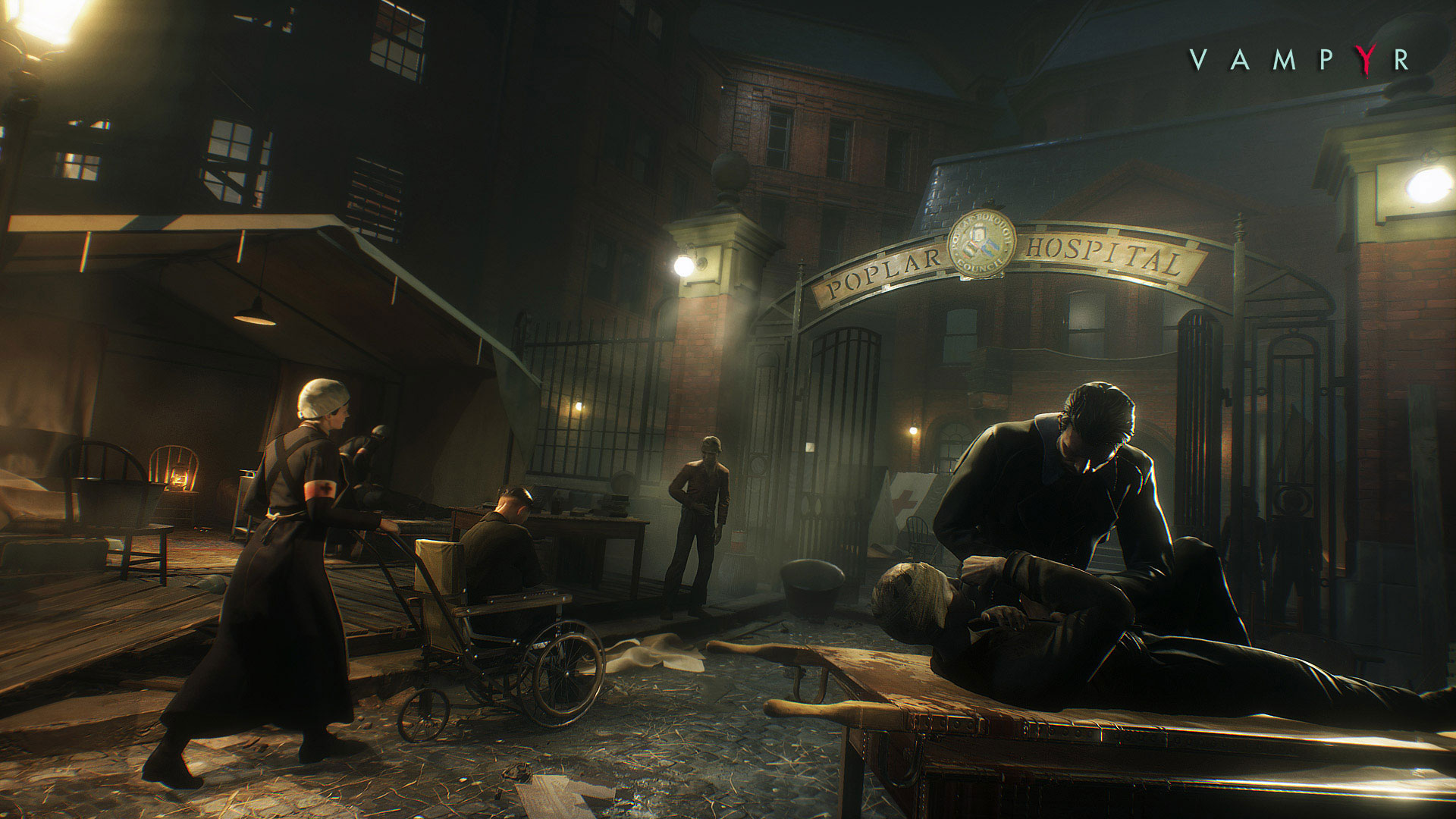 Dontnod Entertainment have revealed that you will be able to Pre-Order and enjoy Vampyr on the following platforms. Release dates may differ due to format exclusivity.

It is common for games to be released with various bonuses as well as additional content, merchandise and more if you order before release. So ensure you’re ahead of the game by pre-purchasing Vampyr from Dontnod Entertainment.

Below we have listed some popular retailers that may have unique content with their versions of Vampyr.

Pre-Order Vampyr from Amazon today and subscribe to Amazon Prime. You will receive benefits such as Twitch Prime, free delivery and more.

Although sometimes a bit more expensive GAME do cater to their fans and ensure that all orders are accounted for and dispatched in good time for release date. GAME also host a lot of Dontnod Entertainment exclusives which you are unable to get from anywhere else.

If you’re struggling for cash and you’re still interested on picking up Vampyr. Then there are other options – especially if you live within some parts of Europe and the UK. Second Hand retailer – CEX are now accepting Trade-ins on all your un-wanted games to put towards Vampyr.

**Important** Sometimes DLC Codes which may come with Vampyr on release may not be valid if you pick up a Pre-owned copy. Contact Dontnod Entertainment for more details. 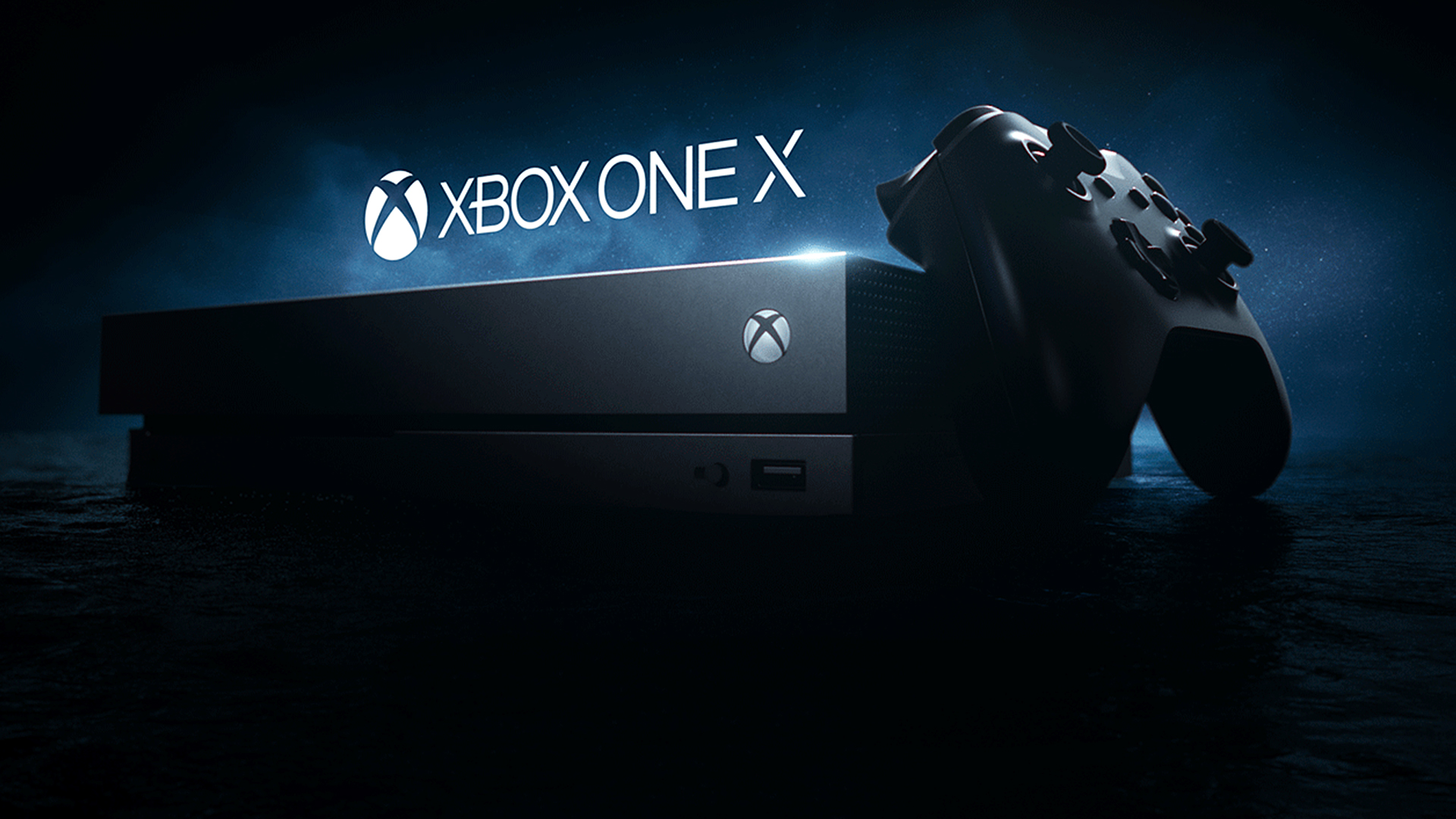 XBox Live integrates millions of players all over the world with the ability to play together, talk and stream. Vampyr will be joining its healthy catalogue of games both online and offline.

If a Physical copy of Vampyr from Dontnod Entertainment is not available for XBox One. Then you will be able to digital download the game ready for release date and after from the Microsoft Store.

Vampyr will be joining the ranks of very few mystery horror games available on the XBox One. It will also be providing you with full HD visuals which are available via the XBox One X.

Vampyr Guides for XBox One.

We will be updating this article overtime with any and all guides which we may feature for Dontnod Entertainment and Vampyr on XBox One. 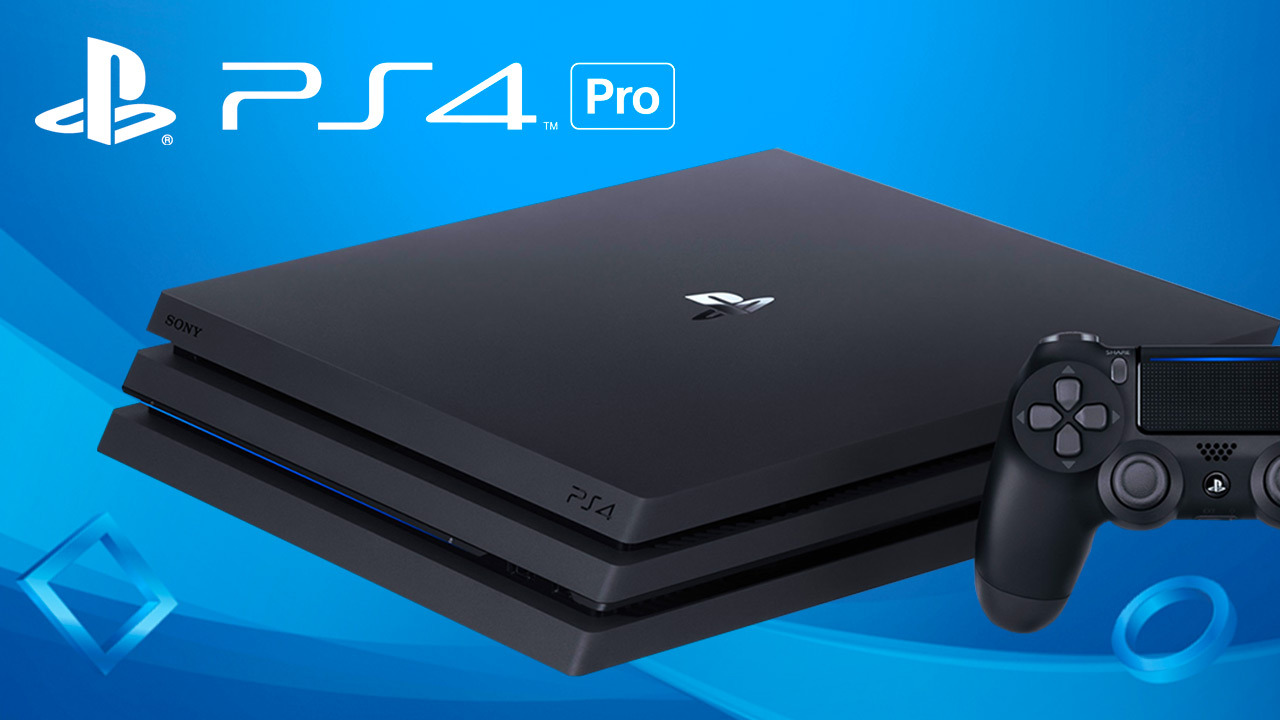 It’s important to note that Playstation Plus maybe required to access all Online features of Vampyr. Similar to the XBox One. If a Physical copy is not released by DontNod Entertainment then you will be able to Pre-Order and download Vampyr from the Playstation Store.

Similar to it’s Life is Strange counter part. Vampyr will be also available on the Playstation 4 Pro which will deliver a much more smooth and higher detailed final product.

On Release and After release Day we will be bringing you all the necessary Guides for Vampyr on Playstation 4. . 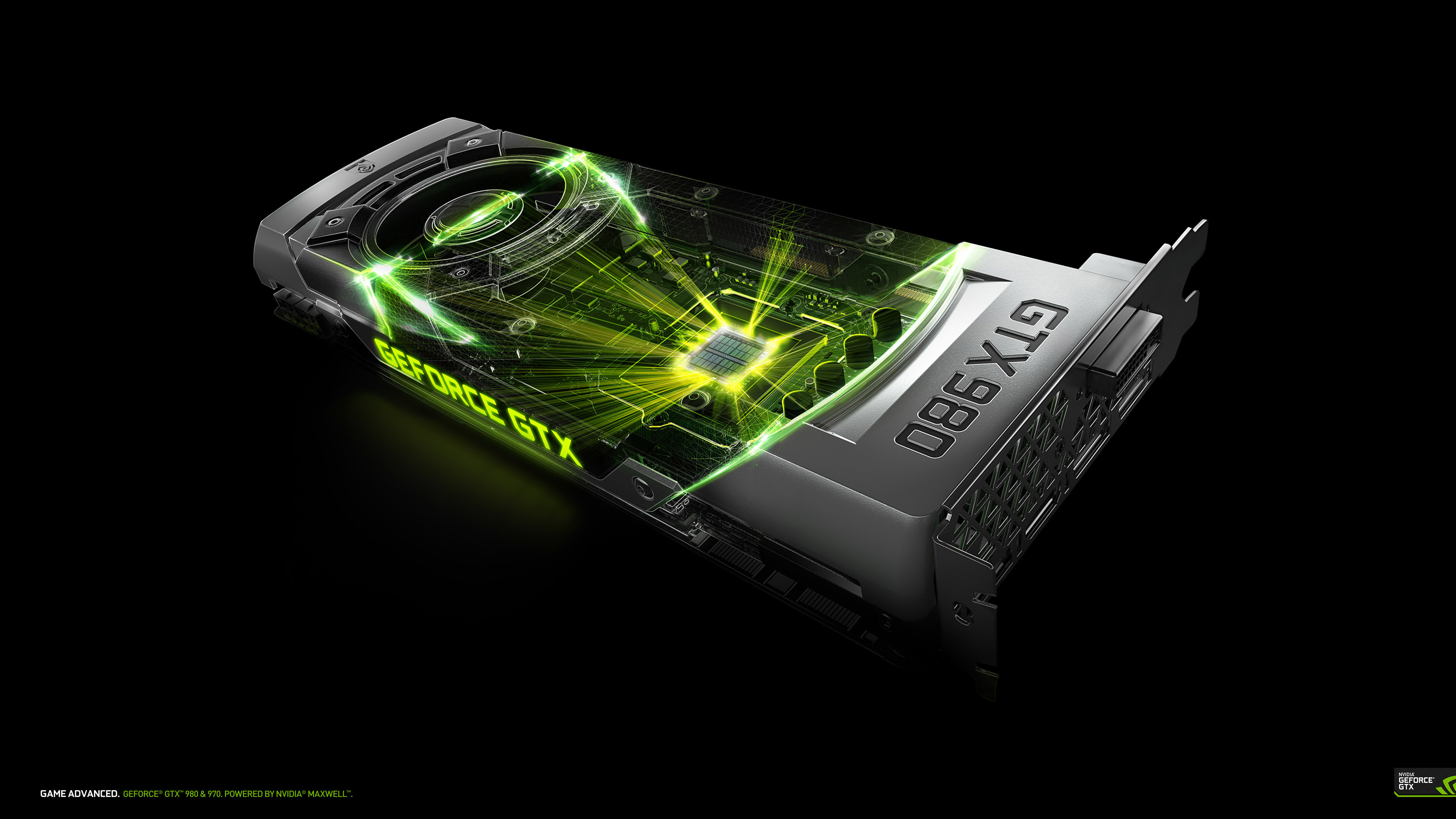 Dontnod Entertainment has confirmed that Vampyr will be available to digitally download on your PC, Desktop and Gaming Laptop. Unlike house hold consoles – Playing Vampyr on a Gaming Rig will give you access to increased details and smoother frame rates.

Dontnod Entertainment will be working closely with the Gaming Client STEAM. This client will be necessary for you to Pre-Order and gain access to all exclusive content Vampyr has to offer. 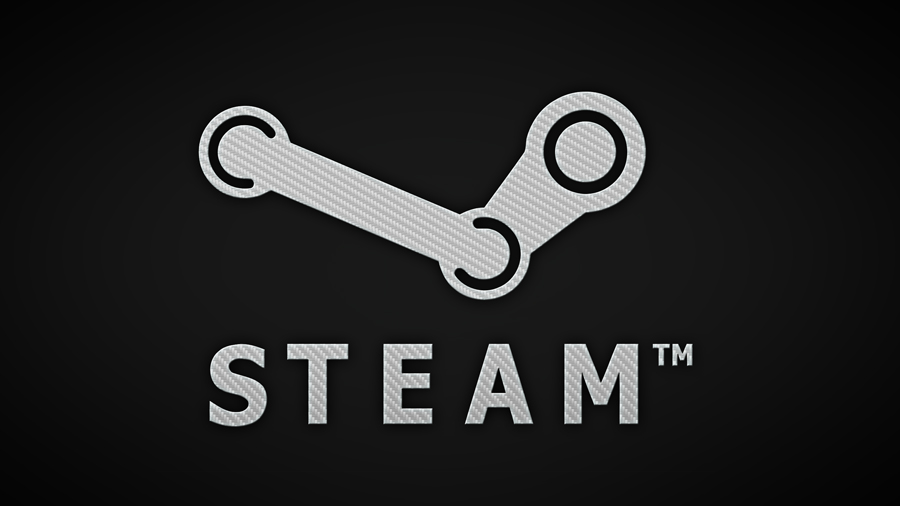 We’re looking forward to sinking our teeth into Vampyr once it is released on Steam. However have you checked to ensure that your Gaming Rig is Compatible with Vampyr? Be sure to check now and if not. Upgrade Fast!

We will be sourcing all the details together ready for Vampyr. We will then feature Guides for Vampyr on PC Here.