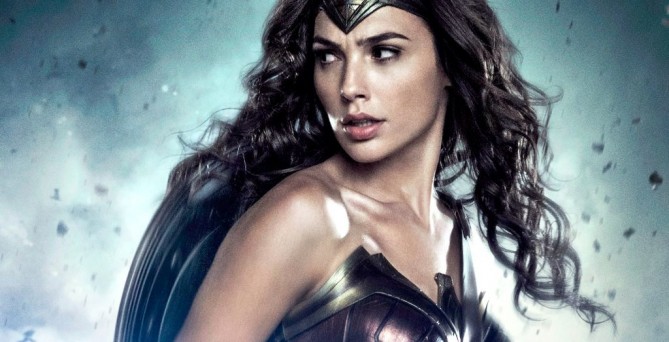 Home Movies & TV DID WONDER WOMAN HAVE HER THUNDER STOLEN IN DAWN OF JUSTICE?

Sometimes we can’t help but poke holes in things. It’s just human nature. Although on the inside we thoroughly the latest game, movie or book. But when we discuss it with our friends and family we can’t help but notice the oddities or simply speculate what could have been done better.

Batman v Superman : Dawn of Justice has been under some flak from various critics all across the world. With various different reasons since release of the film critics have gone real big on painting an incredibly poor picture of this explosive cinematic feature. Whereas sales have said differently, since Batman v Superman broke some world records in terms of highest grossing film on opening weekends in certain locations.

However myself personally have come away from Batman v Superman : Dawn of Justice pleasantly impressed due to its gorgeous visuals and high amount of geek content. However one gripe I do have is  this: **Spoilers Ahead**

Okay so I truly believe that Wonder Woman somewhat had her thunder stolen by Superman during the last colossal battle with Doomsday. The direction of the film went in a very awkward ‘doesn’t really make any sense, maybe it’s just symbolism’ direction. During the last moments of Batman v Superman : Dawn of Justice the film features a destructive, heroic slug fest between Superman, Wonder Woman, Batman and Doomsday.

Mid fight Superman leaves his comrades in arms to save the courageous Louis Lane while retrieving the Kryptonite laced spear which is crafted by Batman to kill Superman. The following moments of the film focus on Superman putting everything behind this one fatal attack. The attack which is the ultimate sorry to Bruce Wayne and the world. A sacrifice of epic proportions as he dashes towards Doomsday  and oblivion while plunging the spear into the abomination.

Okay, okay I totally get it and the scene is pretty awesome and the symbolism drips over the entire event like a thunder cloud raging just to ensure you ‘Get it’. Superman from geek culture would always put himself in front of others to ensure no harm comes to anyone and I get that. However these reasons can’t make up for the fact that:

Why didn’t Superman simply give the spear to Wonder Woman to finish the job. Because she would not suffer the penalty or effects of the Kryptonite and is on equal strength to Wonder Woman. Thus Wonder Woman would have walked away quite happily and I’m sure Bats, WW and ‘Superstud’ would go for a five guys to reminisce on how awesome they were!

Wonder Woman otherwise known as the Princess Diana of Themyscira is a Warrior Princess from Amazon. She is gifted with various super abilities and weapons which aid her in battle such as her lasso. In some instances her powers are compares to the likes of SuperMan, badass eh?

But come on, Superman. I know being the ‘True Hero’ and setting yourself up like that to take fame and glory is cool and all but you’re painting the wrong message. I can’t help but feel Bats was face-palming as it happened being the strategist he is. It would have been much better to show that their is always a better way when thinking rationally about certain situations. I suppose the heat of battle destroys any chance of thinking rationally but it’s certainly a plot point that they could have investigated more.

What did you guys think of the final fight between the super trio and Doomsday? Have your thoughts below! I’d love to hear them!