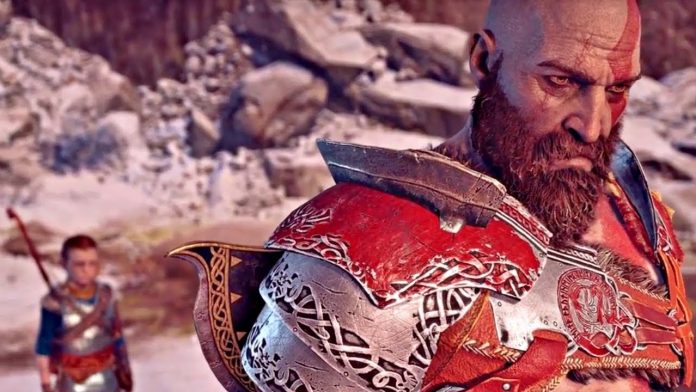 Baldur Son of Odin is one of the first bosses that you will encounter within God of War 4. Found within the Journey This Boss will test your metal as you progress throughout the game.

It’s important before going into this Boss that you have complete concentration on the prize as fights can swing one way or another in an instant.

There are three stages to this Boss Fight.

The first stage of the Baldur boss fight will take place within the backyard after the dude smashes Kraytos through the building. Which is not cool.

He will begin to unleash a devastating set of attacks upon you. The first one to dodge is an unblockable ground slam which resonates through the floor and towards the player. Simply roll out of way of this attack to ensure no damage is inflicted.

It’s important to block his follow up attack which will involve Baldur glowing Blue. He will sprint towards you and unleash a flurry of blows. Block the attack then counterattack.

Throughout the fight watch the footing of Baldur and when he is open unleash your attacks when you can. In order to deal as much damage as possible. Be sure to keep roaming or running around at a minimum.

God of War 4 – Battle on the Rooftop – Baldur Boss Guide

As the fight progresses you will find yourself battling ontop of the house rooftop. This section of the fight is easy.

It consists on several on screen prompts. Be sure not to fail this as it will result in heavy damage being taken.

Once you have completed the quick time event Baldur will replenish all of his Available HP. He will find his footing and send Kraytos within a nearby rock formation trapping you.

While you’re within your Spartan Rage form you will take considerably less damage and inflict even more. Be sure not to waste this moment and make every hit counts.

During this period once free from the rock formation Baldur will return to his original attack pattern. Dodge all of the ground slams and be sure to block his advances when possible.

Once Baldurs health is depleted you will enter a brand new quick time event. Follow the on-screen prompts and lay the killing blow.

Once the blow has been landed and you have defeated Baldur Son of Odin. He will re-emerge from the nearby debris.

God of War 4 – Fight at the Cliffside – Baldur Boss Guide

Once you are at the cliff side to Baldur you will engage in the last segment of the Boss Fight. The attack pattern is very similar however this time he will proceed to execute a more powerful attack to finish you off.

This involves a giant leap into the air which comes crashing down. Its imperative that you avoid or roll out of the way of this attack. If you don’t you will sustain heavy damage if not die.

Proceed to pre-empt Baldurs moments and decrease his Health. Once Baldurs health has been depleted you will enter a final quick-time event in which you Execute Baldur.

This fight is both demanding and fast when it comes to harder difficulties. To ensure you complete this mission you will have to master both dodging and blocking. This boss battle is the first of it’s kind in God of War 4. It only gets hard from here.

This concludes our Baldur Son of Odin Boss Guide for God of War 4. Happy Hunting!