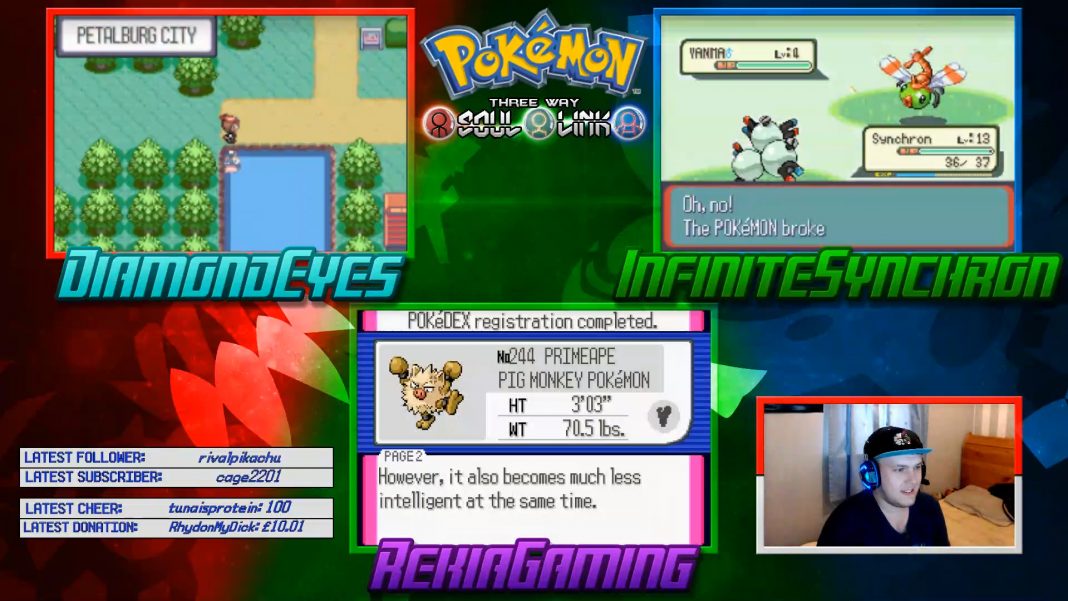 Are you weeb enough for Constant Pokemon, Digimon and hilarious geek talk action? If so we strongly advise you to check out REKIAGaming. Rekia is a 26 year old Retro streamer based within the UK and has established a deep rooted fan following within his circles of gaming.

You will find REKIA streaming Pokemon runs mostly using emulated software. He also has been known to stream Digimon, Heroes of the storm and much more. You can see his full Schedule on his Twitch Website.

Rekia prides himself on his viewer interaction with his viewers and followers. Always happy to take on any conversation and often indulges in viewer competitions and viewer games.

REKIA is featuring a three way Soul Link while playing with Full Random Pokemon Ruby/Sapphire. Be sure to check it out!

Be sure to join in the Conversation within the Twitch Chat. You wont regret it!

REKIAGaming is currently affiliated with Twitch and is on his way to Partner in which he will then able able to stream much more consistently for his viewers. Be sure to give him a follow to help him achieve this goal!

If you subscribe you also gain access to various emotes featured from his stream which you can use on other Twitch channels. REKIA also features a fully fledged Patreon in which you can help keep the Lights on within the channel.

Lastly if you wish to keep up to date on all of REKIA’s streams then be sure to join the currently public Discord Channel. It has amassed over 100+ Members and is vigorously active for all geeks!

Streamer Highlight : AnniefeatherW8 : All The ‘Meeses’! All The Cuteness!!!